How Should We Respond to School Shootings?

This article originally appeared in the Fall 2018 edition of Forward magazine.

It’s no wonder many students are experiencing tremendous stress over fear of being the “next campus.” How sad it is to live in such a time when people are killing one another while walking through the halls of what should be one of the safest places in America: public schools.

Many on your campus probably go to school each day literally in fear of being shot. I saw a student on the news who said, “I want to go to school and focus on my friends, my grades, and getting to college one day. Instead, I’m going to school wondering if this will be the day it happens on my campus.”

Many circumstances surrounding school shootings are out of our control, but that doesn’t stop us from asking questions like, “What is the right response?” “How can we keep this from happening again?” Some people want all guns banned in America. Others suggest arming our teachers. Others say we can no longer allow anyone on a school campus with a  mental disease or who has a criminal record of any kind.

Simply put, this issue is not simple. It is complex. As you know, many students are hitting the streets, standing on stages, and marching across America demanding our nation’s leaders do something to stop the madness. National debates are happening every day.

But for now, let’s not talk about America. Let’s talk about you.  What can you do about school shootings on your campus?

President John F. Kennedy said, “One person can make a difference, and everyone should try.” We can’t tackle all the issues about school shootings in this one article, and you can’t control what others do. It is not up to you only, but you can do something. I offer five challenges for you to think through as it relates to this madness. I hope you will consider your role in all of this and what you can do to make a difference on your school campus and help influence others.

1. Be the Someone Someone Needs

Common traits have been observed in students who shoot their classmates: uninvolved or absent parents, loners, bullying, low self-esteem, or some type of depression. You probably know that one girl in your school who sits by herself each day in the cafeteria during lunch. Or maybe a guy comes to mind when you think about someone who doesn’t really associate with others at school. Maybe you know of that one person who never gets invited to any parties, rarely attends any school events, and almost never talks with others. I am not stereo typing such people as potential shooters. I am making the point that everyone needs someone. You can be the someone that someone in your school longs to have as a friend. Isn’t this exactly what Jesus did while living on earth? Everywhere He went Jesus was the someone someone needed at that exact moment. If you aren’t already doing so, make it a priority to become more aware of those on your school campus who might feel alone or who just need a friend.

Imagine if everyone on your campus made it a priority every day to say “hey” to someone new. One “Hey.” One “Hey, how are you doing?” One “Hey, how can I pray for you?” Or maybe this: “Hey, my name is Jeffrey, and I’ve never met you. What’s your name?”

Isn’t it amazing how powerful the word hey is? Instead of leading a movement to city hall, what if every student in every school in America chose every day to simply say “hey” to someone they’ve never met? Imagine the impact!

Remember some of the “rules” we all heard while growing up? “Treat others like you want to be treated.” “If you don’t have something nice to say, don’t say it!” Jesus spoke similar words in Matthew 7 when He reminded His followers to do to others what we wish they would do to us. You know that “feel good” feeling when someone says something nice about you?  We all long for such affirmation, for approval, and for respect from others. Treating others like you want to be treated truly goes hand in hand with saying “hey” every day to someone.

Imagine a world where no one treats others in a degrading way, nor says something mean, ugly, or disrespectful to someone else. That is a practical application of Jesus’ teaching that can make a difference.

Yes, I get it. Just because you commit to saying something nice to someone doesn’t mean that person will pay it forward.  But isn’t the possibility of saving a life and preventing a tragedy worth the effort to treat everyone with whom you come in contact like you desire to be treated?

One girl recently told me, “All the shootings make me think a little more about who I can talk to today.” Rather than allowing the shootings to drive us to a place of anxiety and fear, let’s work to use these tragedies to think more about whom we can befriend and what steps we can take to do our part to ensure that everyone feels loved, respected, and important.

4. Live Out Faith Instead of Fear

It goes without saying that people often turn to God during times of tragedy. There have been numerous reports showing an upswing in church attendance in America during wars and following tragic events. When things get crazy, people long for something in which to place their faith. This provides a tremendous opportunity on your campus for you to be the one who responds to tragedy with faith rather than fear. No, saying, “I don’t believe it will happen on my campus” doesn’t automatically exempt your campus from a school shooting.  However, God wants us to place our trust in Him, especially when there is the potential for something bad to happen. In 1 Samuel 17:45, David told Goliath, you come against me with sword, spear, and javelin, but I come against you in the name of Lord. Martin Luther said, “Faith is a living, daring confidence in God’s grace, so sure and certain that a man could stake his life on it a thousand times.” Both statements remind us that placing our faith in God’s ability is something upon which we can literally stake our lives. Having faith doesn’t mean you always avoid tragedy. It does mean you have the confidence to face tragedy, knowing you do not face it alone. You can be the voice on your campus who shows others what it means to live in faith rather than fear.

5. Be One Who Puts Prayer Into Practice

Time and again in the Bible we see God’s people face extreme circumstances. Each time, we also see these people leaning into God. I know what you might be thinking—Just because I pray doesn’t mean the killings will stop. I agree. We live in a fallen world, and because of this reality, bad things will continue to happen. But I also know Solomon got it right when he reminded us in Proverbs 1 that gaining wisdom and knowledge begins with praying to God. Psalm 91 says when we go to God in prayer, He commands His angels to guard us in all our ways. That’s comforting to read that God’s angels are waiting to give us protection if we will just ask!

So, how can you be the leader your school needs during this challenging time in the history of our nation? Consider starting a Bible study on your campus. Organize a prayer walk around your campus with students and teachers. Commit to meet with other students once a week at the flagpole and pray for God’s protection over your campus.

Look, I get it. Just because I offer these suggestions doesn’t mean your school automatically becomes a violence-free zone. But this can be a starting point. Though we as a nation might differ on the exact approach to take with how we handle the shootings, it’s hard to debate the fact that we all do need wisdom and courage as we move forward. Pursuing godly wisdom begins by praying to God and asking Him for wisdom.  Be the leader your school needs. Just as the leaders in the Bible did, put prayer into practice on your campus and lead the way for the sake of our nation’s schools. 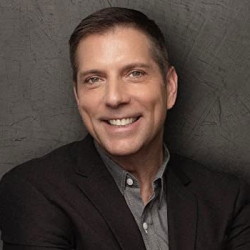 Jeffrey Dean
Jeffrey Dean is a pastor, international evangelist, and author. Jeffrey has spoken to more than 3 million people. He is the writer of several books, including Watch This, This Is Me, and his latest release, The Graduate Handbook. You can connect with Jeffrey at www.Jeffreydean.com.