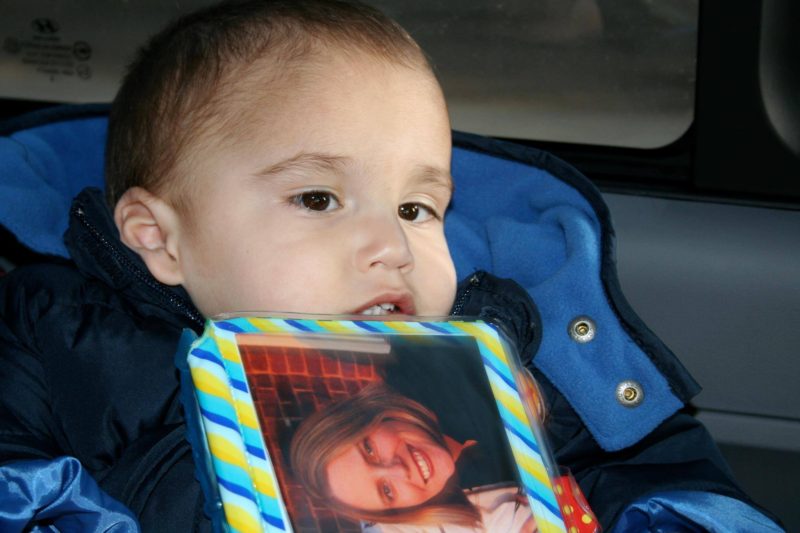 When we adopted our son Luca from Russia in 2008, we had to take two separate trips in the fall of that year. The destination each time? A small orphanage, Konakova Children’s Home, located outside of the small town of Tver, about two hours north of Moscow. The first trip encompassed meeting this baby boy and reaching a decision about making Luca our own. The second trip for our court date, our wait time and our long anticipated Gotcha Day. One of the most difficult moments of our two year, beleaguered process came at the end of our first visit, sitting with a Russian judge in his office, who set our court date and ominously declared that date contingent upon the relationship between America and Russia remaining stable. Just a month prior, in August of 2008, tensions had boiled over between Russia and Georgia, a former republic of the Soviet Union. Amazingly, America’s foreign policy position on the turmoil would have a direct impact on whether we could return that fall to finish the process and be reunited with our child. A cold chill ran down my spine as he spoke.

The last day of our first visit in September, when we tearfully walked away from Luca at the orphanage, we left him with a promise of a new family. We also left a small photo book, a visual and tangible reminder of the pledge we made to him when we signed that adoption petition. I imagined him in his crib, at night, tracing the plastic cover, inspecting our faces, without being able to fully internalize or comprehend the enormity of what was happening to him. He was our son, and we would be back to get him. No matter what. However, in that crib, his life still felt the same. Dictated by the availability of resources and caretakers, his day to day was still firmly rooted in perceived abandonment. And nothing, no nothing, could have been further from the truth.

When we returned to America, I daily thought of Luca in Russia. He was fully ours. He had a right to all that we possessed. He had the authority of a last name, a family, a new citizenship . . . yet, he remained in that orphanage. Waiting. Clutching our pictures. Holding them close. We left something behind so he wouldn’t forget us, even as he was subject to a broken environment ripe with uncertainty and anxiety. A dubious origin, a set of unfair circumstances, a life story hitherto devoid of true justice. We left something behind so he could see his future. We left something behind as a reminder that his true hope was anchored elsewhere, and even though he could not see it or feel it, that hope had never been more real. Truly, during that long month of waiting to return to Russia, Luca was on my mind and heart every single moment. Sometimes at night, when all grew quiet at home and my head hit the pillow, I physically ached for him.

Today, I listen to the news coverage of a memorial for fallen first responders. I hear the President petition for change. My social media feed has filled up with editorials covering the full spectrum of political and social appeals. Heated debate produces division . . . alienation. Gunfire rips through the night. Tears flood the dawn. Cries for justice pierce the status quo. I have never lived in a more insane version of America. As the smoke of a new day rises in an increasingly strange land, I look at my son and wonder, what will his future hold? What kind of place am I leaving to him? What has happened on my watch? He is counting on me to get this right, and yet all I seem to be able to offer him is ashes. Psalms 27:13 declares: “I believe that I shall look upon the goodness of the Lord in the land of the living!” Do I believe that still? Can I cling to that promise when the world seems to have given way to singular ruination?

And then my mind wanders once again to that hard place in a foreign land so many years ago. That time when bureaucracy seemed to have trumped humanity. That time when the possibility of a child still seemed beyond our control. That time when our son waited with the promise of a new name, but with the hard reality of a worn photo album. I am at once filled with an unimaginable joy. My friend, take heart. We too are adopted. We too have a dual citizenship. We have been granted all authority through the death and resurrection of the Son of God. We are joint heirs with Christ. Brothers. Sisters. All because of His unspeakable remediation on our behalf. Our Father aches for us. He longs for us. He pursues us. There is no force on this planet capable of severing that relationship. No threat. No act of violence. No injustice. Nothing. It is sealed. It is eternal.

And most remarkably, He left His Word, a beautifully penned letter to His beloved. It is a reminder of His goodness. It is the story of His grand pursuit of humanity. It remains ever resolute through the chaos of the ages. So shall it remain through the anarchy of today and the uncertainty of tomorrow. Go grab it from your shelf. Pull it out from under that stack of books. Engage it once again. Open its holy pages. Clutch it to your breast. Let it soothe your broken heart. Let it quiet your anxious mind. Hold it close. There you will find eternal truth. There you will see an exacting justice this world cannot supply. There you will taste righteousness and humility, sacrifice and honor. And most importantly, there you will read once again of that oft-repeated promise. He will return, my loves. For all of us who have thrown off the hypocrisy of self-righteousness and availed ourselves of His healing touch. We are His. Just as Luca could not have truly envisioned how good he would have it when we returned, neither can we see the “land of the living” His beautiful grace has secured for us.

Jennifer Christensen
Jennifer Christensen is a high school teacher, a blogger and a speaker. She has taught high school English for the last twenty years. During that time, she has also written Bible study curriculum for Lifeway and has spoken all over the Southeast. When she is not torturing teenagers in the classroom with poetry, she is trying to keep up with her husband Paul and their imaginative, mischevious son, Luca. You can connect with her at www.insecuritydigest.com.