Four Reasons Parents Must “Connect” To Their Child 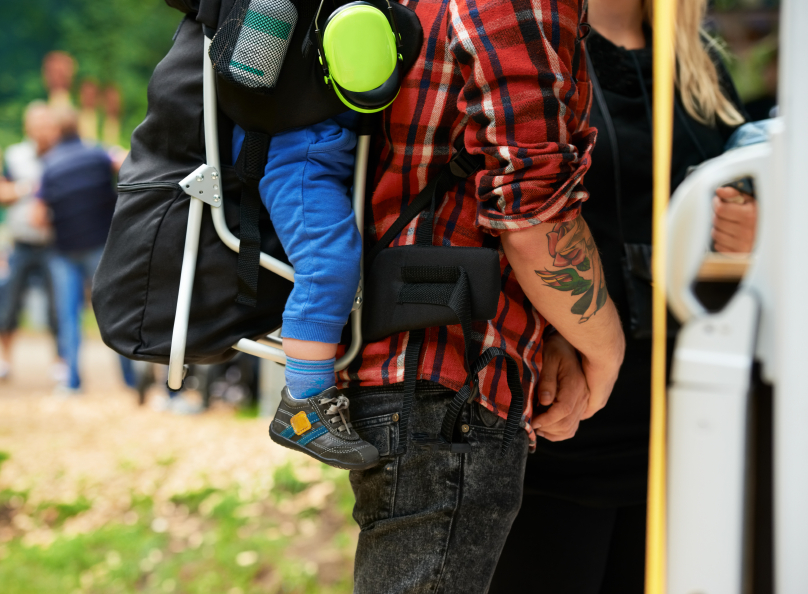 Parent-child connectedness can be defined as “being closely bonded by common traditions and frequently occurring activities.” I think a good short definition would be “intentional togetherness.” It’s eating dinner five or more times a week as a family, as opposed to eating on the run or in front of the television—or other screens. It’s dusting off the “Christmas Comedy Classics” CD to play Grandma Got Run Over By A Reindeer and The Hat I Got For Christmas Is Too Big to officially ring in the holiday season. (Maybe your family traditions are classier than ours?) It’s getting excited about laser tag in all its glory when your son is ten, and hosting a 9.3 hour Lord of the Rings trilogy marathon when he’s fifteen. It’s playing, camping, cooking, and studying with your child. Quality time? A myth! Our kids need quantity that comes with great quality here and there.

Why Does Connecting Matter?

Your child’s brain development relies on connecting. In 2005, the findings of a new study released in Pediatrics report that parent-infant connection—intentional togetherness—plays a key role in shaping the right side of an infant’s brain during the first year of life. Some psychologists feel so strongly about the parent/child connectedness that should occur in the first year of life, that they advocate for a 56-week maternity leave much like employees in Europe receive. Furthering this important brain development research, is Dr. Joe S. McIlhaney, Jr. of the Medical Institute for Sexual Health. His groundbreaking research on the brain proves that a second critical phase of brain development occurs just before and during puberty. The part of the brain growing during these periods controls value formation—the understanding of right and wrong.

These researchers are not just talking about the emotional and moral development of the child, but the actual physical brain growth. What they are really saying is that we ought to be connected—by physical proximity as well as emotional activity—so our children’s brains can grow as God intended.

Your child is less likely to experience at-risk behaviors if he or she experiences parent/child connectedness. As I have continued my research in the late 1990s right up to the present, I have been bombarded by the words “parent/child connectedness.” Connectedness reduces the risk of dropping out of school, crime, substance abuse and sexual activity. It increases academic performance, social contribution and the changes of having healthy emotions and relationships.

Your child is more likely to experience positive pro-social behavior if he or she experiences parent/child connectedness. This might include academic, social or spiritual success. It can also manifest as a sense of caring and concern in her family and friendships. In general, he’ll be more socially responsible if he experiences…well, a little bit of family laser tag and a whole lot of dinners together!

“Train up a child in the way he should go, and when he is old he will not depart from it.”

At first glance, it is easy to see that God is affirming “the way” that is right for us to follow, in general. And that’s correct, because the word train is the Hebrew word hanak and would be best translated “dedicate.” This would indicate that our children are to be dedicated to God and His ways, but there is a deeper treasure hidden in this verse for us.

The Hebrew word for way used in this verse is derek. Literally, it means “my way” or “bent.” It was a Hebrew marksman’s term. Marksmen of that day and age did not receive a standard issue bow and arrow with wires and buttons to adjust the bow to the specific environment. Rather, each marksman went out and found his own piece of wood, and crafted it carefully into a bow. Since each bow was made of different kinds of wood with varying strengths and levels of moisture, it was likely that it took hours and days to actually learn the unique “bent” or tendency of the wood so that a marksman could be accurate with it. The word derek refers to the process of learning the wood.

What I think God is saying to you and to me is this: “I’ve got a specific way that I’d like you to dedicate your child to follow, but to be successful you’ve got to know the unique strengths and qualities of your child. And by the way, that’ll take some time. So plan on investing it. Connect to them so you can connect them to me.”

What a task we have as parents.

Not only do we need to know and absorb God’s moral value system, but we’ve got to be students of our children—learning each child’s “bent”—so we can impart those values in creative ways that will impact your child according to his or her unique differences.

This article is excerpted and edited from Six Ways To Keep The Good In Your Boy by Dannah Gresh.