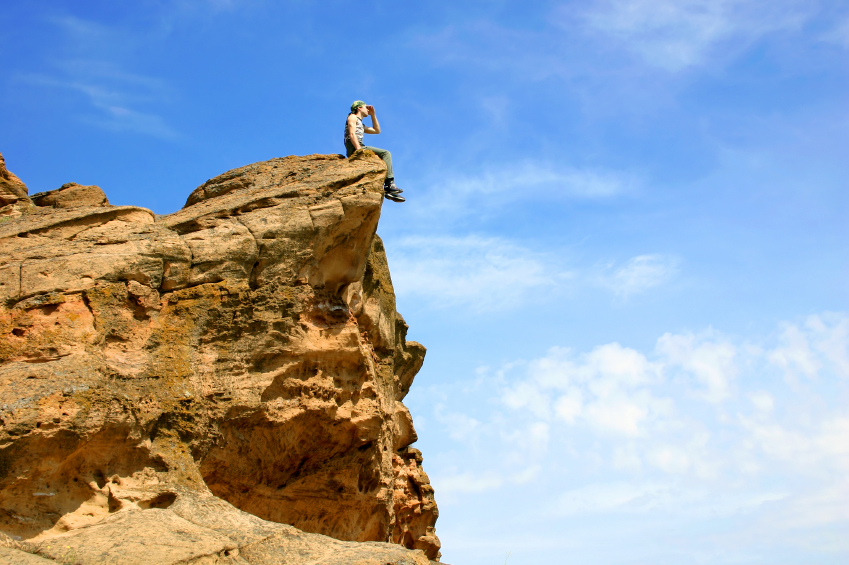 Margaret Thatcher once said, “Being powerful is like being a lady. If you have to tell people you are, you aren’t.” I wonder how true that is for men?

When was the last time you felt your masculinity was challenged? I had an experience this past week that really bothered me. A sentiment was shared that this blog might not be masculine enough. What does “masculine enough” look like? How do we define masculinity?

What defines manhood? Are there certain stereotypes that men are constantly trying to live up to or down to? My dear friend and co-worker Glenn Stanton in his book, Secure Daughters Confident Sons writes this:

“Don’t you think the world becomes a better, happier, and healthier place when men are encouraged to become the best version of who they already are? That’s part of our job as parents raising boys. Still, we are wise to remember that Clint Eastwood is not Albert Einstein is not Harrison Ford is not George Washington Carver is not Abraham Lincoln….is not your husband or your son” (p.20).

I believe Glenn gets it right and I would add that families and society win when men are encouraged to become the best version of who they are called to be. Each man that Glenn highlights is so different, yet in their own innate being they help us define masculinity.

We are more than the stereotypes that our culture has defined a man to be. No one completely lives up to any stereotype because each of us is unique; defined not only by our DNA and genetic makeup, but by our own experiences and education. Truly, there is no one else—living, dead, or yet to come—that will ever be exactly like you.

Last year I received a letter from my wife that I absolutely treasure. I want to share a portion of that with you:
“So here we are, more than 22 years later, and I’m seeing your passion for what it has always been. In the past few months I’ve begun to understand the thing that drives you most is so different than most men … they want to do the things that matter to them first and foremost, at least that’s the world view. You long to be only what God asks of you.”

Aren’t all men just trying to find their purpose and motivation? Whether believing in God or not, all men are trying to live up to or down to expectations placed on them by the people and culture that surrounds them.

Let me give an example—growing up, if a boy tended to have more feminine qualities or a girl had more masculine qualities, they would be subjected to names that are unfair and cruel. Many of these negative experiences lead to questioning the very essence of who they are and what they were designed to do. In fact, growing up as a believer I remember clearly the questioning of my masculinity because I remained a virgin saving myself for my wife. Did the choices I make to remain a virgin make me any less of a man (btw…was not easy)? Does a boy or girl who tends not to fit into the idealized stereotypes make them any less of a man or woman? Who ulitmately defines masculinity and feminity?

I am not giving a “list of characteristics” that makes you a man, because who am I to tell you that? That is between you and God. That being said, being a man should be defined by the quality of our character and the health of our relationships (God, family, culture).

In Scripture we find a passage that any good “man’s man” can identify with: “And I sought for a man among them who should build up the wall and stand in the breach before me for the land that I should not destroy it, but I found none” (Ezekiel 22:30).

If God was looking throughout the whole earth for a heart after His would he find you? Vince Lombardi, not known as a great theologian by any stretch of the imagination, summed up the masculinity question for me when he stated:

“I firmly believe that any man’s finest hour, the greatest fulfillment of all that he holds dear, is the moment when he has worked his heart out in a good cause and lies exhausted on the field of battle—victorious.”

Regardless of your field of battle (single, married, divorced, husband, dad, job, status, ethnicity, etc.) are you being true to your calling as a man? Are you serving your family and community? Ultimately, are you serving Him?

This post originally appeared on Dad Matters and was republished with permission.

Roy Baldwin
Roy Baldwin is a contributing writer for Dad Matters and the Director of Parenting & Youth at Focus on the Family.
Latest posts by Roy Baldwin (see all)